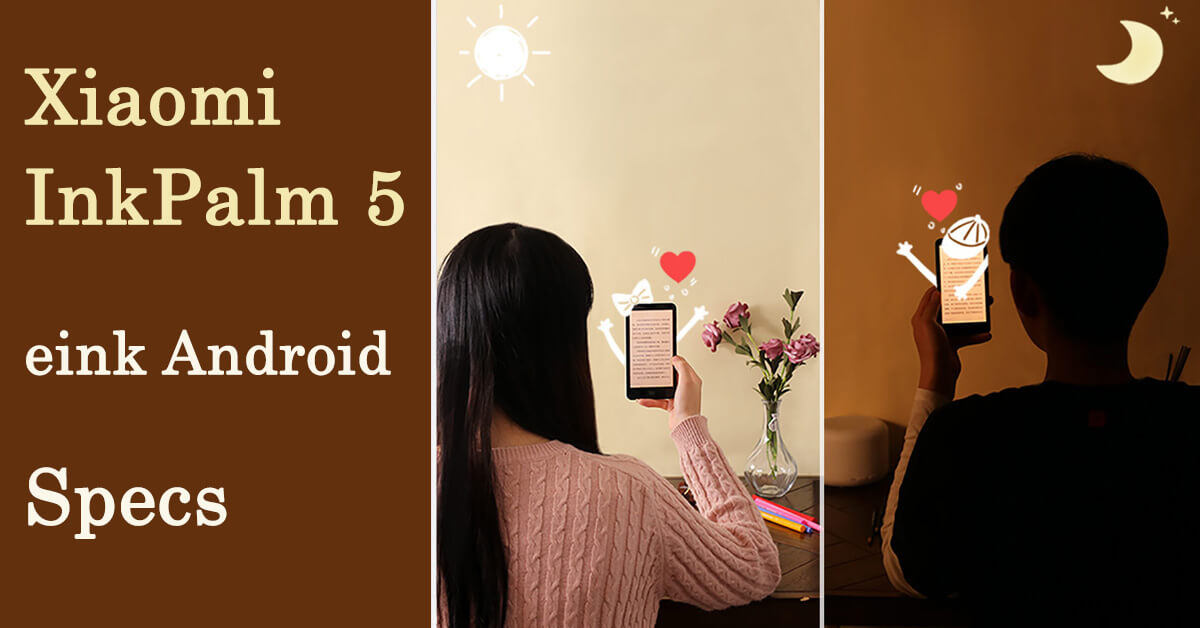 Xiaomi has released a brand new e-reader having a 5.2″ eink screen called the Moaan InkPalm 5. Its form factor is more similar to a phone rather than your typical e-reader which will appeal to people who want one that they can carry around in their pockets.

The Xiaomi InkPalm 5 ereader runs on Android 8.1 and has 1GB of Ram and 32GB of internal storage. It is also powered by a 1440mAh battery. It’s specs are pretty low, but at 599 CNY or 91$ it’s fair and it’s more than enough for it’s purpose- storing and reading books.

It’s other features include FrontLight with 24 levels of warm and cold brightness adjustment which is pretty nice to have for a device this cheap. The eink screen has 284PPI with a resolution of 1280×720 pixels. You can connect to the net with 2.4/5Ghz WiFi and it has Bluetooth 5.0. It can be charged and connected to the PC by USB-C (5V/2A). The device weighs at 115g and it’s dimensions are 143.5 x 76.6 x 6.9mm.

Many people had actually bought the Hisense A5 to use it exclusively as a pocket e-reader. So for those people this a much better and cheaper alternative.

Price and Where to Buy

Unfortunately, like all other ereaders released by Xiaomi this one too is a Chinese device and will be sold only within the country (it’s available for purchase on Xiaomi YouPin). However you will probably be able to find the Moaan Inkpalm 5 on AliExpress in a couple of weeks. Let’s just hope it has an English mode.

Update: It is now available on CECT-Shop for $157

Update: A buyer from China has reported that there is no English language option in the settings 🙁

Looking at this device also makes me think that maybe the next step is a Xiaomi eink phone? with a global release? Ah! one can only hope.