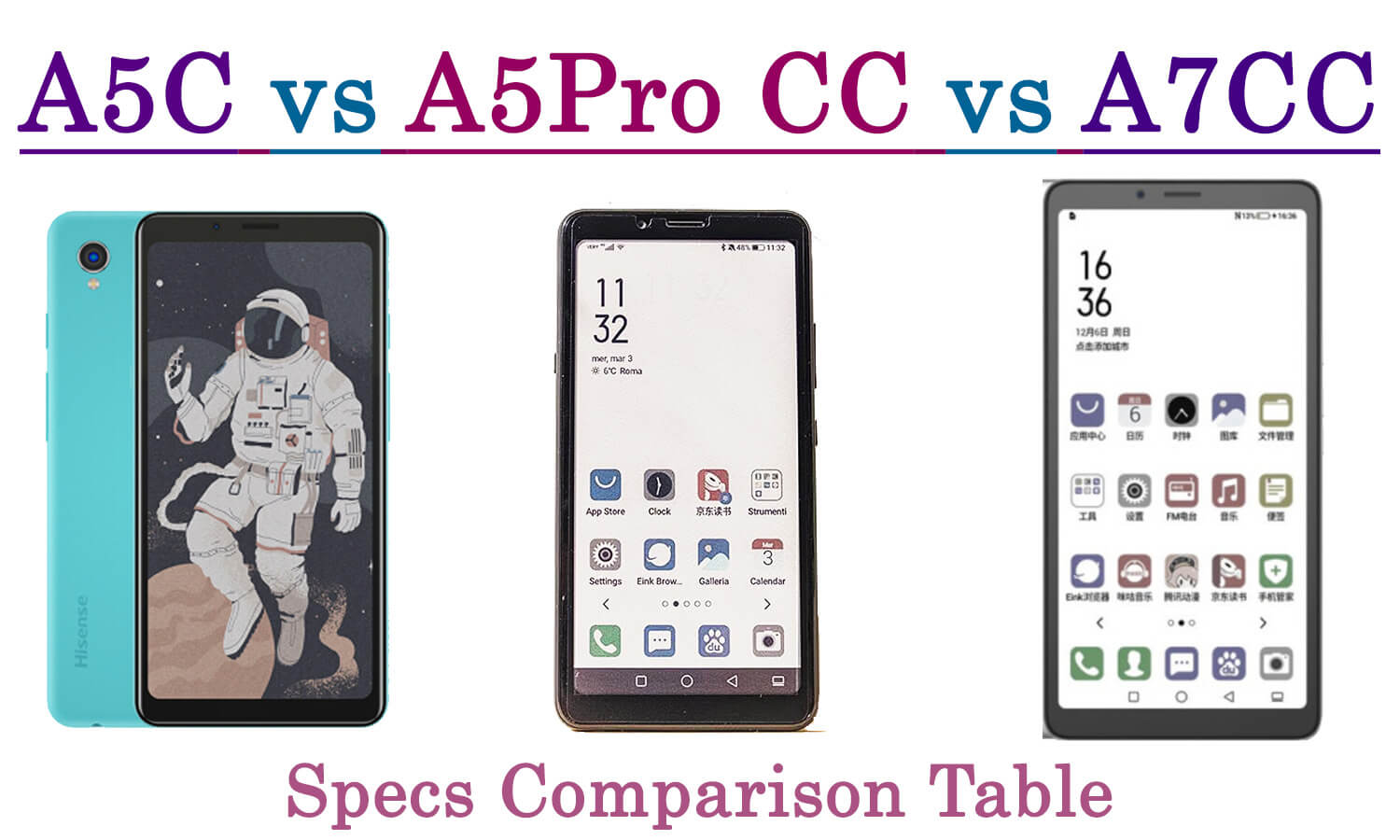 The table below shows the differences in specs between the Hisense A7CC, A5 Pro CC and A5C.

The specs sheet say that you can insert external SD cards up to 256GB but some people have tried 512GB cards and they work fine.

The A7CC definitely has the best specs both in hardware and software but the size is definitely a turn-off for some as it’s too big (that’s what she said). Even for the A5 Pro CC- I recently got one- I wish that the bezels were thinner- a 5.84″ bezel-less phone or at least having thin bezels is perfection in my opinion. I hope Hisense makes an improvement in this area in their future phones. Having said that the size of the A5 Pro CC is comfortable enough to hold and carry around in one’s pocket- even in jogger and track pants’.

But that’s just my (and a few others) opinions- most A7CC buyers are quite happy with their purchase.

If you’re on a budget then the Hisense A5C is the cheapest but I’d recommend just going for the A5 Pro CC as the price difference is not that much to choose the A5C over it. You’ll be getting a newer android version plus a bigger Ram and storage. It’s worth spending a bit more for it. Plus the A5 Pro CC has more buyers/users so you’ll be getting more support and firmware updates and it’ll be easier to sell it if one day you decide to upgrade to a different phone.

Check the video below for some comparisons between the Hisense A7cc and A5pro CC.