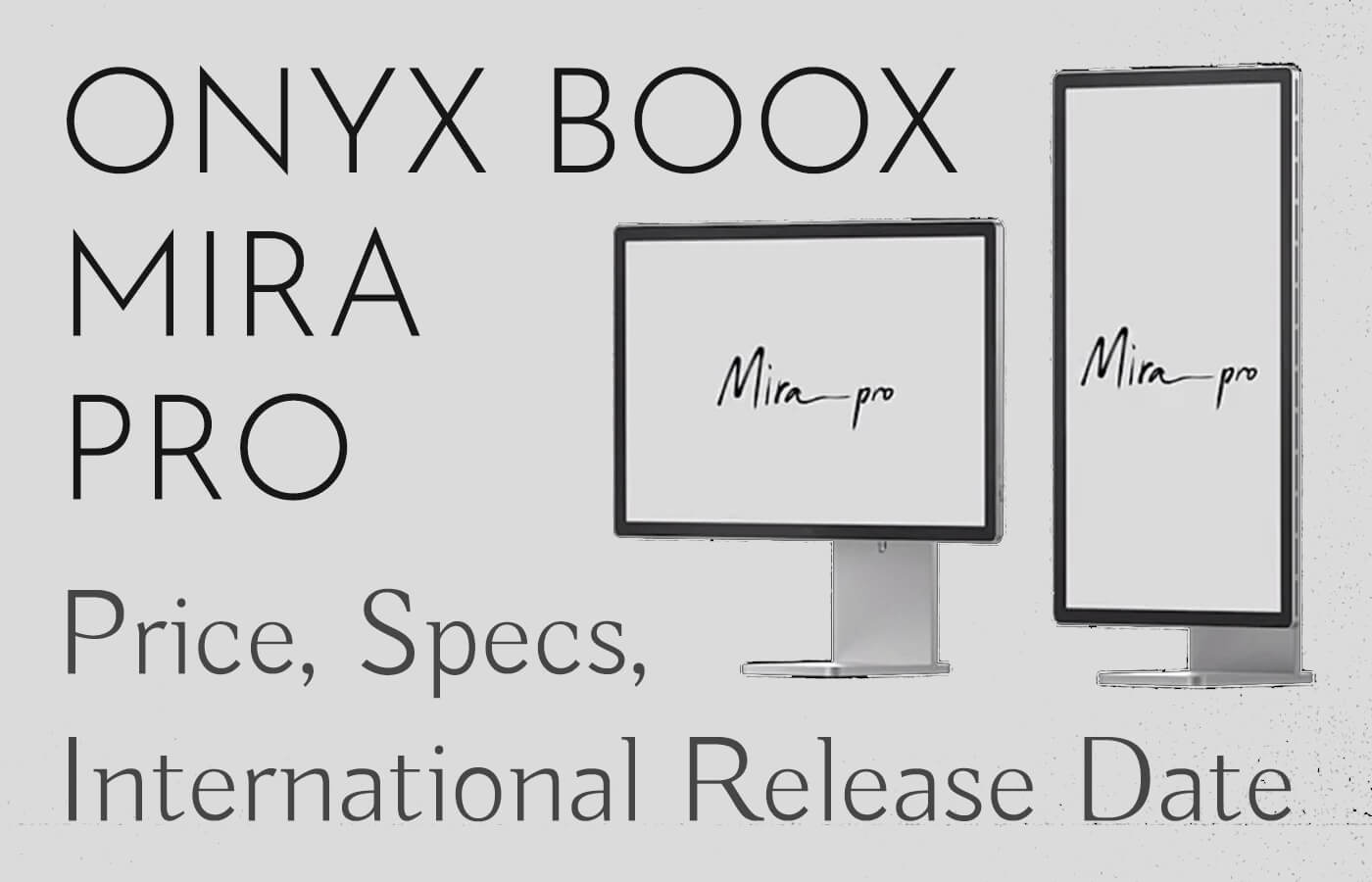 Update [9 Sept 2021]: The monitor has now been released for international customers. You can order it from Boox’s Official Shop.

On 28 May 2021 Onyx Boox launched the Mira Pro- a 25.3″ Eink Monitor- in mainland China. With this and the 13.3″ Mira; Boox is looking o directly compete with Dasung’s Monitor lineups where they too have them in the same sizes.

In China, it was priced at 8999 Yuan on its release. For the international market, the Mira Pro comes with a $1799 price tag.

For now, it is available for pre-order from Boox’s Official Online Store. In time it’ll probably come to other shops such as Amazon, AliExpress etc.

The 28 May launch was for China only, for the international market it was released on 9 September of 2021. However for now it is only for pre-order. No date has been set for when the shipping starts but it’ll probably be in a few weeks.

The Mira Pro has a resolution of 3200x1800 pixels and can be used both horizontally and vertically. You can connect it to your PC or Phone using the mini-HDMI port.