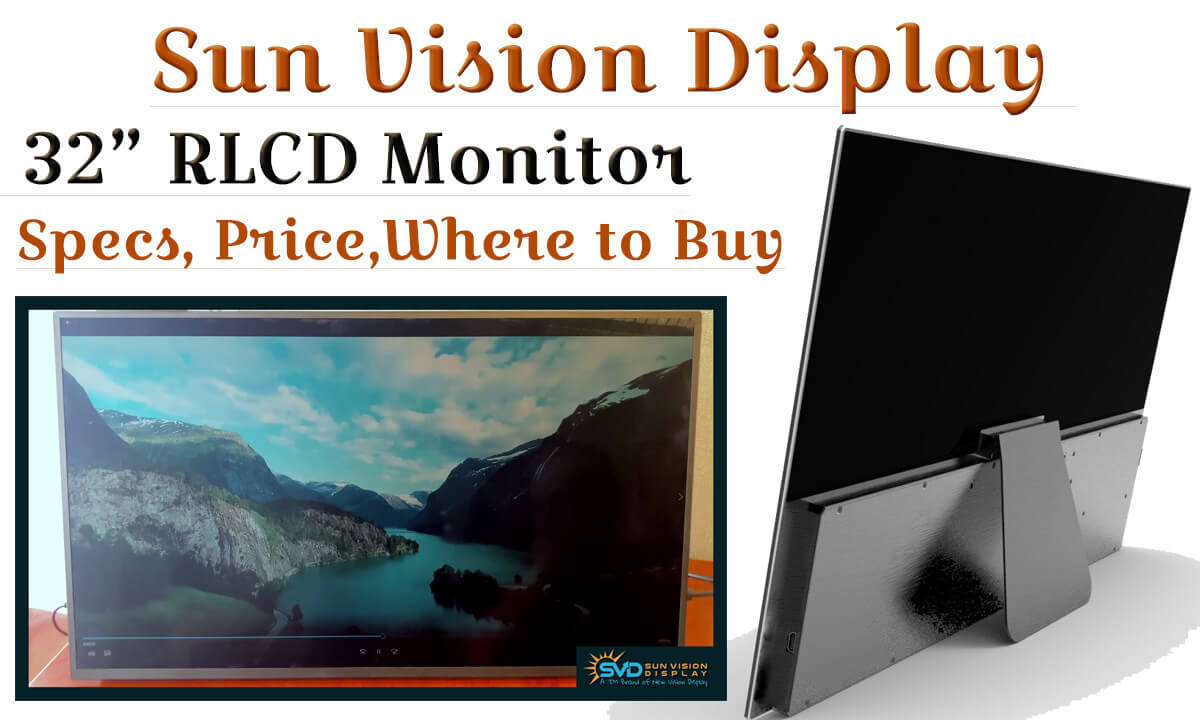 I thought TCL or Hisense would be the first to do it given they’re into TVs and they’re experimenting with RLCD but it’s a previously unheard-of company called Sun Vision Display that’s answered our prayers. They’ve released not only an RLCD monitor but one with color at that.

With this release am sure SVD is answering the prayers of many eye-fatigued people around the world. Sure eink monitors are very comfortable for the eyes but it’s limited in terms of speed and color so they can only be used for a few purposes like writing, programming, etc.

For those of us who have to work with images, videos we still have to rely on an extra LCD monitor. But with this new release, we may no longer have to since it’s basically an LCD monitor but without the eye-burning backlight.

Price & Where To Buy

The first-ever RLCD color monitor retails for $1549 and you can get it from their official website. As of this writing, it is currently sold out. You can join their waiting list to be notified once it is back in stock again.

One criticism I have of this is that it doesn’t have a VESA stand. I hope they include this much-needed feature in the next ones.