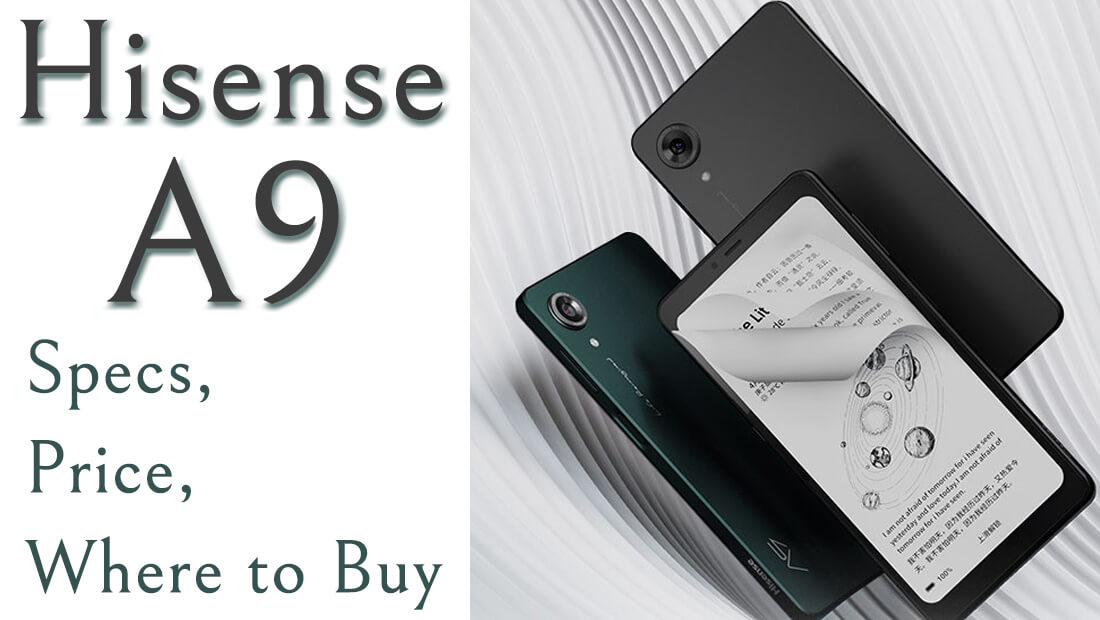 Hisense released the A9 eink phone on JD a few hours ago with two versions- 4+128GB and 6+128GB. It runs on Android 11 and supports dual sim with support for 4G.

According to their posters, the A9 uses the new Hyperwave technology which makes it 33% faster than the A7 at the fastest speed mode with a refresh rate of 83ms. It also has a 27% better audio system. It also looks like warm front light will be there. The body has a textured surface making it easier to hold without dropping it.

Personally in my opinion this is a better upgrade of the A5 than the A7. Sure the A7 has more powerful specs but it was too big while this one has a big enough screen while at the same time has less bezels making it smaller. The overall design and body looks much better and its lighter and thinner too.

One of the biggest feature everyone has been talking about is the Qualcomm Snapdragon 662 processor which means that the A9 is rootable making Google Play possible. Check out the full specs below. I tried using Google translate but some features were not clear so I’ve left them blank for now.

Price & Where to Buy

The Hisense A9 retails for 1799 CNY (265$) for the 4GB version and 1899 CNY (280$) for the 6GB one on JD. Given those price differences, I doubt anyone would get the 4GB version. For now, it is only available as a pre-order on JD but in a few weeks, it will be available on AliExpress (albeit with a slight markup) which will make it easier for international customers to purchase it.

Google Translate and Yandex Image Translate were used to obtain the info in this article.