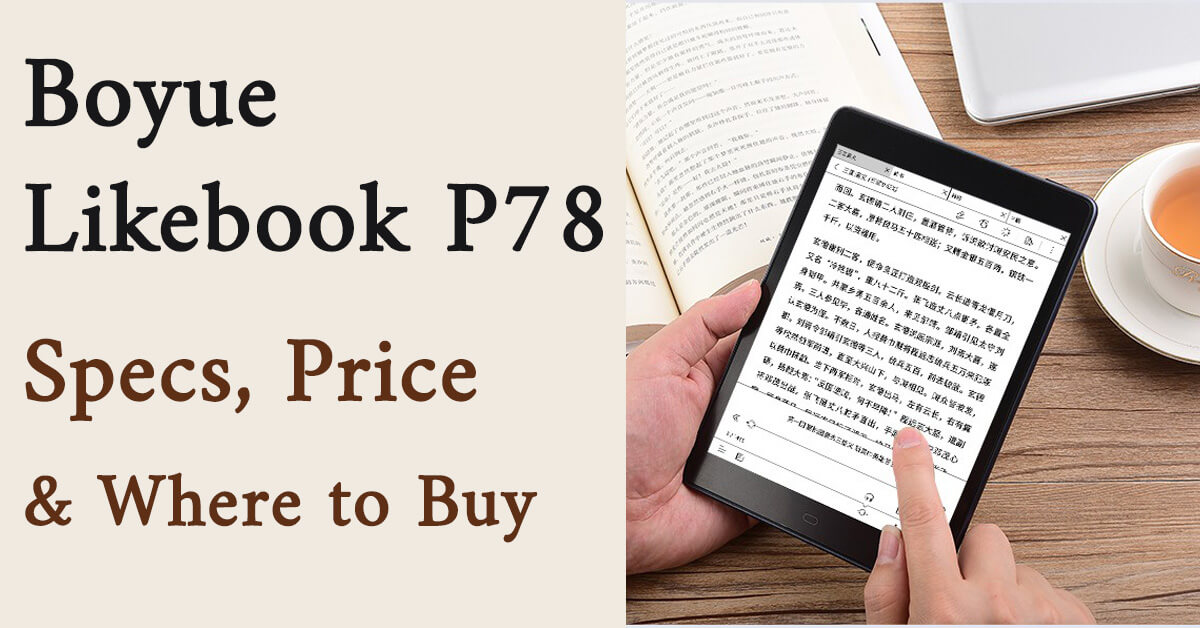 Boyue has launched a new 7.8″ e-ink e-reader called the LikeBook P78. The device runs on Android 8.1 which means you can install any reading app (or any app for that matter) to read books and comics/manga on. The table above shows its various specs and features.

It does have a front-light with 24 levels of warm and cold brightness adjustments. It doesn’t have a Wacom layer but you can use a stylus to draw and write notes on it. Judging by their recent releases, it seems that Likebook is now focusing on android e-readers with cheaper pricing. Not everyone needs a Wacom layer to take notes on. Some just want an e-reader where they can also use their favorite reading and comic/manga apps and not be tied down to any one ecosystem.

Price & Where to Buy

For now, the Boyue Likebook P78 is available for purchase only from the Chinese site JD for CNY 1199 which amounts to $185- which is pretty good for a 7.8″ e-reader running an open android OS. Many people have successfully purchased from there with the help of Google Translate.

But if you can wait a little longer, you can easily buy it from their OFFICIAL AliExpress store once it’s released internationally – which will be soon. Since it’s Boyue Likebook itself who will be selling it I doubt there will be much of a price difference once it comes to AliExpress (unlike the Hisense phones which were sold by resellers resulting in around 100$ price increase). And also they usually provide worldwide shipping free of cost.

[Note: If you look at the product page on JD- it seems that the current price is a 100 CNY discount which means the original price will be 1299 CNY which is around $200. In fact, looking at the product image it seems it was on sale for 999 CNY ($154) on the day of its launch on 30 April- which is a great price for a device with these specs. It’s all in Chinese so it’s difficult to make out the full details. I guess we’ll know once it comes to AliExpress]