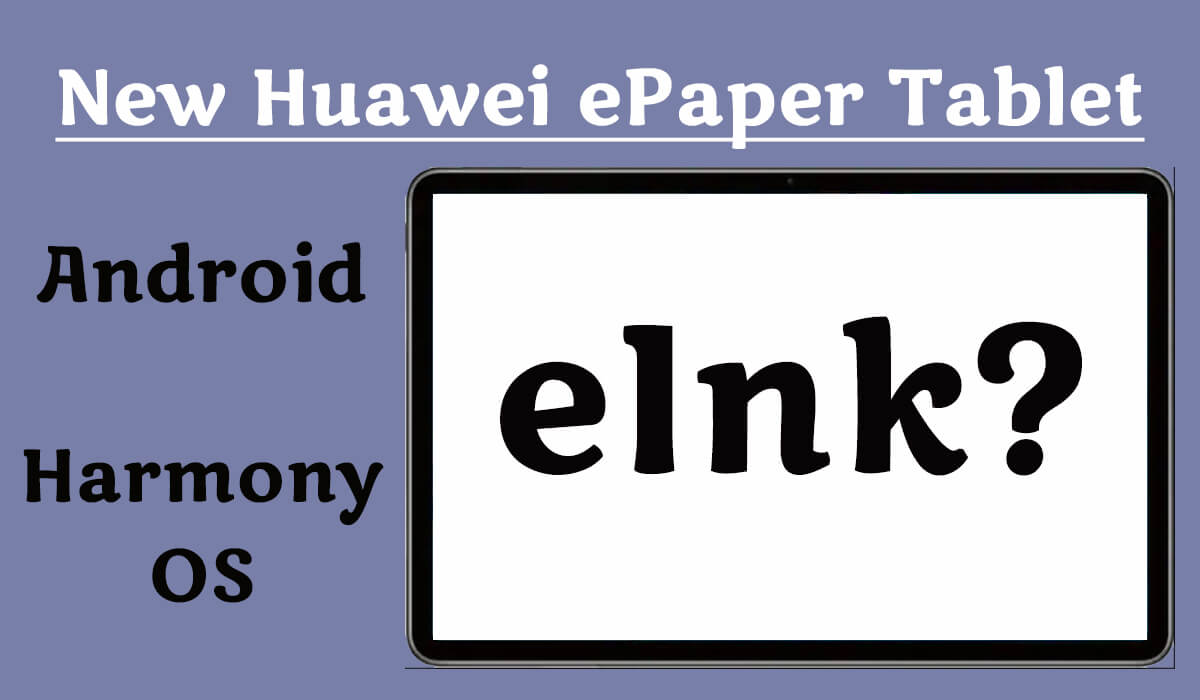 According to one Weibo user, Huawei is currently recruiting people for offline testing (on 6 November 2021) of their new ePaper device. To support the claim, it is also known that Huawei recently trademarked a few new names such as Petal Mail, Petal Lily, and Mate Paper.

While the name is not yet sure, the model number is- HMW-1L10. It’s not yet clear whether they will use the display from Eink or some other company or even their own. But it will have an ink-like display.

The tablet/e-reader will run on the Harmony OS which is essentially a forked version of Android. So yes you can install all your favorite apps– except for the ones that require Google Play Services. It’ll be similar to the experience you have on the current Hisense Eink phones.

The screen size is not yet revealed and it’s unsure whether it will be based on current Mate models or will be a completely new one. There are many Mate variants and they range from 8″ up to 12.6″ in display size featuring big batteries and expandable memory options (up to 512GB).

Let’s hope the Mate Paper gets those kinds of features too. These kinds of specs on a large screen eink device is pretty exciting and with Huawei you know it’s going to be a high-quality device (in comparison to other eink devices). I can’t wait for it to be released.