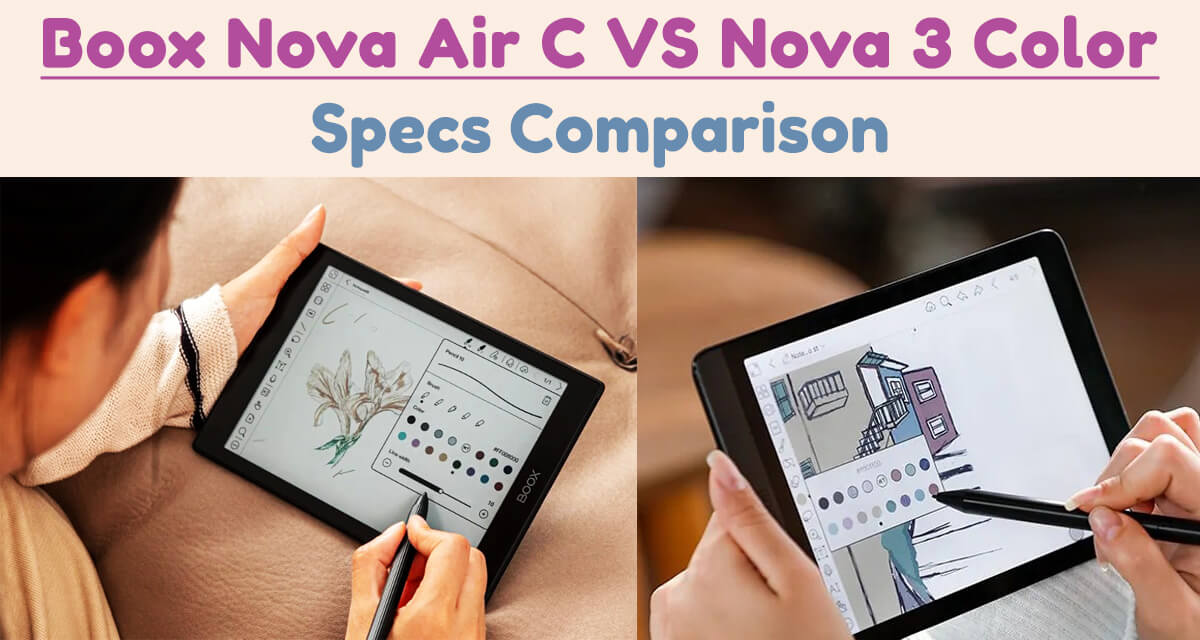 The newly released Nova Air C from Onyx Boox is quite similar to the Nova 3 Color which was released just last year. However, there are some differences between the two. I’ve listed them below to help you in your buying decision.

The Nova Air C has both warm and cold front light while the Nova 3 doesn’t have warm light. It is also slimmer, smaller, and lighter. According to the official product page, it has 30% more contrast and 15% more color saturation compared to the Nova 3 Color. Also, the Air C has the Android 11 OS while the Nova 3 uses Android 10.

The Nova 3 has a bigger battery and is cheaper but there’s only a 20$ difference. If it were me I’d definitely go with the new Nova Air C.